WHY SAIGON SOUTH RESIDENCES IS SO ATTRACTIVE

The credibility of the Phu My Hung brand was once more proved through a new project launched in the last quarter of 2016, Saigon South Residences.

The project caused a stir in the market when all 321 units in its Block A were sold within two hours. 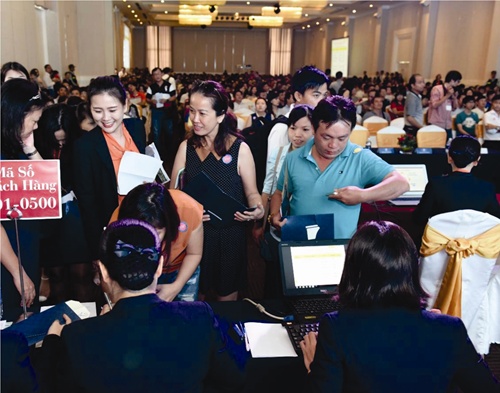 Realising that 321 was too small a number considering 1,000 prospective buyers had turned up, the developer decided to put up some more units in Block B for sales. Over 90 per cent of them were sold.

The entire city real estate market watched in amazement since supply in this segment is considerable.

Many attributed the hot cake-like sale of units in Saigon South Residences to their affordable prices, support from banks and the developer's quality standards.

Marc Townsend, Managing Director of CBRE said "Phu My Hung has been the most successful foreign developer in the last 20 years. The corporation has more than 20 years of experiences in management, leasing, selling, second-resell."

"Phu My Hung is the only developer that builds infrastructure for education, medical, retail, entertainment, etc. so that I think investors, especially the end-users, really like that," he added.

Selling a flat of 65-75sq.m at an affordable VND2 billion, Phu My Hung Development Corporation aimed to bring the standards it has developed over 20 years in Viet Nam to more people.

The standards are clearly shown by the 69 amenities to be developed, including many not available at any of the company's projects in Phú Mỹ Hưng City Centre.

The standards are clearly shown by the 69 amenities to be developed, including many even not available at any of the company's projects in Phu My Hung City Centre.
A Phu My Hung Development Corporation spokesperson said the developer carefully studies the demands of buyers before developing a project, thus providing facilities to meet the requirements of people of all ages.
At Saigon South Residences, it is set to build a 1,700sq.m swimming pool.
To offer residents lots of healthy options, the developer will also build tennis courts, an outdoor interactive playground, a tropical garden track, a table tennis area, a climbing wall for kids with a sandpit, and a gymnasium.
The plan to provide these facilities shows the company's desire to gather residents together in a neighbourly spirit and hopefully create friendships.
The payment regime is another factor that has attracted buyers, 50% condo values in more than 3 years resulting in 1% (~VND 20 million) per month
Units at Saigon South Residences will be handed over to buyers in 2019. This will coincide with the completion of many new transport infrastructure works in the south of HCM City.
Thanks to them, experts are certain, the value of the apartments will increase.
Nguyen Khoi Bridge over the Kenh Te River, Thu Thiem 3 and Thu Thiem 4 bridges, widening of Le Van Luong Street and an underground road at the Nguyen Van Linh-Nguyen Huu Tho intersection will surely provide a new face to the place.
Furthermore, many new public transport facilities like the metro line No 4 and a rapid bus transit route will be finished, enabling Saigon South Residences residents to easily travel to the city downtown as well as Phu My Hung City Centre. 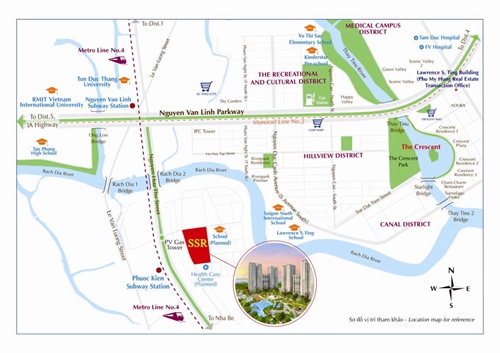 The standards are clearly shown by the 69 amenities to be developed, including many not available at any of the company's projects in Phú Mỹ Hưng City Centre.

Clearance is the best.
All information related to the project has been published. Customers are offered clear consultancy before they make payment. Contracts and details of management costs are also provided before buyers make a final decision.
Experts said Phu My Hung Development Corporation's strength is what it has done in Viet Nam in many of its projects.
The company attracts customers with its quality and transparency. This is the reason why all of its projects sell out within hours right on the first day of sale.
The location is not the most important thing, experts said: it is the quality.

The next phase of sale of the project will be this month when units in the river-facing Block C will be offered. 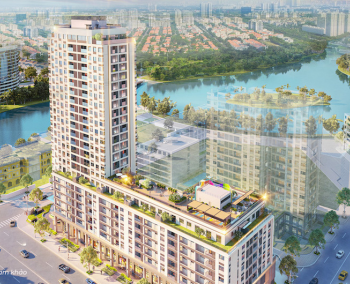 The Horizon Phu My Hung

This project inherits a “priceless” view to 2 greatest landmarks of Phu My Hung – Starlight Bridge & Crescent Lake. A luxury condos...

THE ANTONIA is a high-end apartment project launched by investor Phu My Hung in May 2020. It is an indispensable piece of puzzle to...

Midtown Phu My Hung savors premium luxury living in a terrain of wealth and happiness that is rarely to find from others giving much... 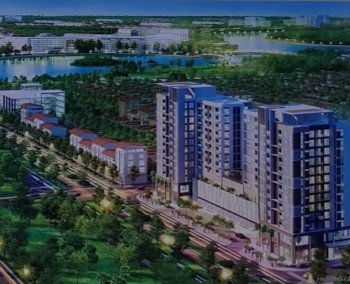 Nestled in the ever-buzzing and vibrant area of Phu My Hung, Urban Hill, designed by German architect, perfectly embodies a masterpiece of... 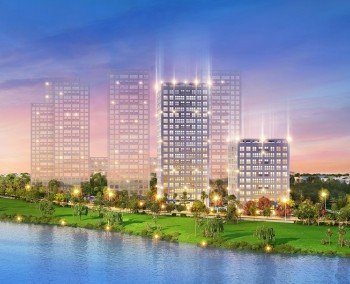 Happy Valley Premier is genuinely a deluxe villa harmonizing with urban space, while capturing the tranquil serene of infinitive landscape,... 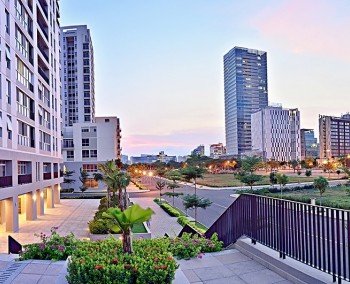 Star Hill is the first housing project in Phu My Hung’s International Commercial and Finance Park where’s considered the center of this...